Sacramento, Calif.—It’s time to recognize some architects who, already in their career, are establishing themselves as those who will produce and insight significant contributions to the profession. The Academy for Emerging Professionals Awards Program jury met this month to deliberate over a strong package of submissions for the various awards within the program…

The Associates Award, given to an Associate AIA member who best exemplifies the highest qualities of leadership and has demonstrated unparalleled commitment to the profession went to Joshua Foster, Assoc. AIA. A member of the AIA LA, Foster is heavily involved in engagement and outreach within the community and the profession. His beliefs in threading community involvement through multiple organizations are matched with his actions with AIA LA and National Organization of Minority Architects (NOMA). “His contributions are more than relevant with what the profession needs right now,” one juror commented.

AIA LA received the Chapter Award. The jury was particularly impressed with how this chapter devotes time, resources, and energy to the many young architect programs. This chapter’s continuing commitment to the Emerging Professional is valued and appreciated, and serves as an example for other chapters who want to invest in this promising group.

Finally, the recipient of the Young Architect award goes to Drew Weigl, AIA, of AIA Redwood Empire. Weigl has consistently proven himself unafraid to address large groups with his opinions and concerns, and has proven to be a strong leader.

Weigl is known for spearheading his chapter’s AIARE Perspective Series, and also serves as the NCARB AXP Supervisor at his firm. The jury unanimously recognized Weigl’s contributions and service to the AEP population were beyond measure. Weigl currently sits on the City of Santa Rosa Design Review Board assisting in shaping public decisions on projects.

Drew Weigl is an agent of change and leader not only as a citizen architect but also as a member of the Sonoma County community.
He has served on the Board of Directors of two Boy Scouts of America Councils in various roles for the last 10 years and is currently the Council Vice President of Special Events for the Redwood Empire Council. As an Eagle Scout, Drew believes in the core values of Scouting: fostering character development and growing leadership of the youth in his community. It is through these values and goals that youth programs can thrive, and he gives his time freely to help these efforts. He also gives back to Scouting as a leader for his oldest daughter’s Cub Scout Pack.
Drew has served on the City of Santa Rosa Design Review Board since 2017, emerging as a leading voice for exceptional design, smart infill development, and encouraging projects submitted to challenge their own goals to make Santa Rosa a better place to live. He views his role on this Board to help educate applicants and the public, but also elevate the architectural character of the city, while also providing much needed resources, such as housing, for the community around him.
Early in his career, Drew worked with a non-profit community design center in Dallas for a year, Building Community Workshop (bcWORKSHOP), as an AmeriCorps VISTA volunteer. It was through this experience that he developed an interest in community-based design, hands on construction, pro-bono design services, and the role of the citizen architect.
To this day, Drew has given freely to several non-profits to help design and/or construct new housing units in both Georgia and California. In the wake of the 2017 Tubbs Fire, Drew exhibited extreme leadership qualities and design acumen leading the design of the Homes for Sonoma hybrid disaster relief ADU home. To date, 15 units have been constructed and there have been adjustments to the design and constructability of these units for more construction next year. He also sits on the AIA California Housing Congress to bring these sorts of radical design ideas to the forefront to help push housing forward in the state.
As an active emerging professional in the AIA, across membership in various chapters (AIA Atlanta, AIA Dallas, AIA Augusta, and AIA Redwood Empire), he has served in multiples leadership roles since his original AIA membership in 2009. He experiences span chairing a local young architects’ design awards event, establishing new emerging professionals’ activities and engagement, rewriting bylaws, co-chairing a Chapter Design Awards, to leading a Chapter as President, and finally to serving on the AIA California Board of Directors.
Drew takes this vast array of knowledge and experience and encourages, guides, and supports other young local leaders, from high schoolers to associates to architects, in Sonoma County. He has worked with Healdsburg High School in their Mentorship Program, serves as his firm’s AXP Supervisor, and has been a vocal advocate for a new program for AIA Redwood Empire. This program would eventually become the AIARE Perspective Series and tackles such topics as women in architecture at various career stages and looks to broach tough topics like race and inequality in justice.
Drew has a long record of professional and community involvement. He has been recognized with several local and national awards for his volunteer work and design work. Never one to shy away from a challenge, he looks forward to the next 10 years of his career and what that will bring not only to him self but to those around him. 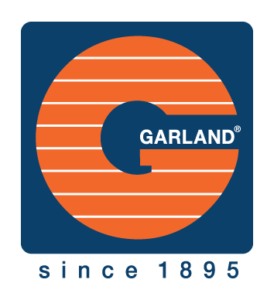