Sitting on a typical urban city parcel in San Diego, CA., this property in the University Heights neighborhood abuts a canyon that leads down to Mission Valley. The original 1927 Spanish Eclectic style home had a 1958 addition with mono-sloping roof at the back of the home, and was organized as a series of compartmentalized spaces. Our goal was to unify the compartmentalized spaces and modernize this Spanish Eclectic style home while respecting its roots. The home is divided into 3 visually and physically interconnected zones on 3 distinct levels.  Zone one consists of the main entry level with the primary public (living, kitchen with office space, dining), and private spaces (bedrooms and bathroom).  Zone two is the middle, split level, which acts as the knuckle between the interior and exterior, and is the primary entertaining space. It consists of the family room which opens up to an expansive raised deck, pool, and concealed laundry area which acts as an entertaining bar.   Zone three is the lower level exterior which provides an outdoor kitchen, dining, and play area which cascades down toward the canyon. In addition, the existing single car garage was converted into a home office + guest suite. The design of a custom Murphy bed that transforms into a desk helps achieve this in a relatively small space.  This organizational pattern blends the grade transition inherent to the property and traces the natural decent from the front of this urban city lot down to canyon and views to the rear of the lot.

To pay homage to the existing home, the front entry + living room was rehabilitated by keeping many of its distinguishing features. By retexturing the existing barrel ceiling and wall to a smooth finish, rehabilitation of the entry door and existing windows, refinishing the original wood floor, and re-applying all of the original Spanish roof tiles over new waterproofing, this space becomes the perfect portal to lead into the modern Spanish eclectic style adopted by the rest of the home. This whole home remodel creates modern, spacious, and open living spaces which elevates the existing Spanish Eclectic style and brings it into the 21 Century.

We were approached by a client living in Las Vegas but looking to modernize their San Diego home in an effort to make a permanent move to Southern California.  The client wanted an open living concept that would visually connect the public living spaces and take advantage of the western winds coming up from the adjacent canyon. They described the existing home as stuffy and felt it was difficult to achieve natural air-flow through the home. The family of 3, with no expectation of growth,  first tasked us to aid in designating the existing property as a historical resource. However, the City of San Diego board was not unanimous in its nomination and designation. This ruling did not abate the clients directive to preserve the inherent style of the home, but gave them the added flexibility to envision a modernization of the home with upgrades that would otherwise have been restricted. Therefore, this became a whole-home remodel which left very little untouched. There was an added challenge to achieving their goals, which was that the owners were looking to maintain the existing footprint to the extent possible to satisfy the exterior living program they had in mind. To address this challenge, the use of flexible multi-functional spaces make this home live much larger than its footprint, and the restraint of adding a limited amount of additional square footage shows a sensitivity to the community of mostly single story Craftsmen and Spanish style homes. The family made decisions such as utilizing a shared bathroom on the main level, rather than creating an ensuite master bathroom. There is a  second bathroom at the lower split level which acts as a guest bathroom for overnight guests staying in the dual purpose office space, or for daytime guests enjoying the pool and outdoor space. The laundry area is a pass-thru space that also acts as a serving counter for the family room, and the expansive folding exterior door system activates the outdoor space and expands the footprint of this humble sized family room. The kitchen, which maximizes storage opportunities, incorporates a work desk and a banquette dining area rather than a traditional separate dining space. Simple gestures to add volume in the original parts of the home by raising the ceiling to the roof line adds a level of emotional comfort the client did not expect. The current pandemic has allowed the clients to truly scrutinize their home, and the result is their appreciation of the effort spent in the programming and design process to both understand and then apply how they would live in their home. As an added bonus they were thrilled that we had pre-planned and designed separate work areas for all three members of their family. It has certainly made their experience during this era easier for them.

With minimal added footprint we were able to maintain the overall scale of the existing home which is a better fit for the community than some of the 2-story homes and small multi-family developments that have popped up over the last two decades. We have also retained the Spanish Eclectic style but represented it in a more Morden way while respecting the original homes intent. The overall result is successful in that it only required the addition of 39 SF. By integrating multi-functional spaces we were able to show the client how much could be achieved within their existing footprint. We also utilized the footprint from the 1950’s addition, and with a complete rebuild of this area, created a space that serves multiple purposes. This area became the unifying knuckle between the interior and exterior. In addition, the new form allowed for a more appropriate style to integrate with homes original exterior style. 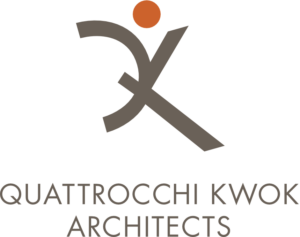 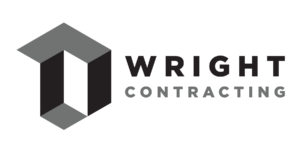